This upgrade project was for Level 4 of the Reserve Bank at 2 The Terrace, Wellington.  A DALI dimming system was required, but it also needed to be able to control switched 230V and 0-10v lighting, and integrate seamlessly with the AV control in some areas.

A zencontrol DALI-2 system was installed and programmed to provide overall control of a mixture of switched 230v, DALI and 0-10V lights.

The corridor and open plan office lights are controlled by DALI relays that switch the 230V supply to the light fittings on and off – DALI dimming system not required in this instance.

The meeting rooms have motion sensors programmed for absence control.  This allows lights to be turned on/off or dimmed via a local DALI rotary switch, but if occupants forget to turn lights off when they leave, the system turns them off after a pre-set time. Time outs are programmed according to “office hours” and “after hours” settings as above.  The lights in the meeting rooms have 0-10V control gear installed and a DALI to 0-10V converter is utilised to allow control via the DALI-2 lighting control system.

The “Lagoon” and “Town Hall” areas utilise DALI light fittings and the lighting control is integrated with the Crestron AV system.

When a presentation or function is underway, via an interface with the zencontrol system, the Crestron AV touchscreen can control the DALI dimming system for the lighting and the Audio-Visual devices in this area.  When the AV panel is in use, the occupancy sensors are disabled and control is via scenes set in the AV panel.  After the presentation or function is finished, the space is returned to occupancy control, utilising the same time outs for “office hours” and “after hours”.

Integration between Crestron and the zencontrols lighting control system is via high-level UDP over Ethernet. 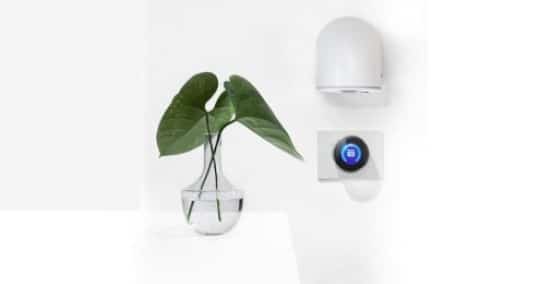 The True Cost of Your Control System – Financially and Environmentally