During lockdown we observed the pleasant side effect of fewer vehicles on the roads, fewer fossil fuels being burned, and therefore lower levels of carbon emissions generally. People out walking commented on the breathing of “cleaner, fresher air” and their surroundings seeming brighter with less carbon dioxide in the atmosphere. Many commented on our natural world’s ability to heal – when it gets the chance!

Certainly, most are well aware of the damaging effect on our world of burning fossil fuels. Possibly less generally known is the effect of high carbon dioxide concentrations on brain functioning.

The Danger of High CO² Levels Inside Buildings Those pushing the need for “healthier buildings” stress how high levels of carbon dioxide decrease the amount of oxygen available to the brain with a detrimental effect on mental ability. High CO² concentration in the air means more gets absorbed through the lungs and into the bloodstream, thus reducing the oxygen in the blood.

Another effect of elevated carbon dioxide levels can be poor sleep and increased anxiety, both of which also result in decreased brain function.

This is particularly obvious in situations where groups of people are congregated. At school, we learned that as human beings, we inhale oxygen and exhale carbon dioxide. When in enclosed spaces we are dependent on outdoor air circulating to remove the CO² exhaled by those occupying the area.

One study suggests that in a high-emissions world, indoor carbon dioxide levels could reach permanent levels that are harmful to cognition by the end of this century.

Further research into fossil fuels and the rise of carbon dioxide levels in the air indicates that carbon dioxide is a contaminant itself, and not just an indicator that there is not enough fresh air. The recommendation is that we should monitor CO² levels in our homes, schools, offices, and health facilities – and when they are high take immediate remedial action.

Without a doubt, the best way to prevent this hidden consequence of climate change will be to reduce emissions, but in the meantime, how can we monitor the CO² levels in our buildings to ensure they are within safe parameters?

There is now a building standard focused exclusively on human health and wellness.  The WELL Standard® (WELL) marries best practices in design and construction with evidence-based medical and scientific research – harnessing the built environment as a vehicle to support human health and wellbeing.

How can we measure CO² levels in New Zealand buildings? 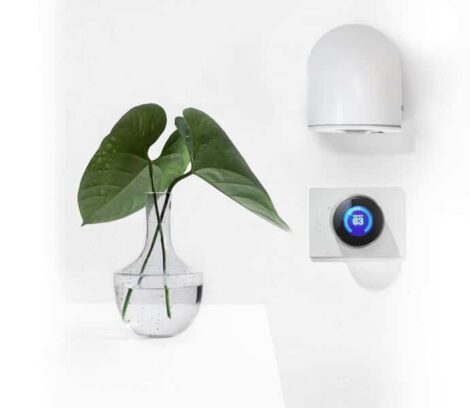 We promote a new range of air quality sensors that can be placed throughout a building on the existing lighting control network. These can then provide metrics to measure building performance under the WELL standard.

These sensors can provide information on:

Our sensor solutions are built on industry standards to offer wired, wireless or hybrid options to provide flexibility in building design and deployment. The sensors can be part of a building-wide system or stand-alone.

These air quality sensors can measure CO² levels from 0 to 60,000 ppm, report on the varying levels and provide a visual alert when the concentration of carbon dioxide exceeds the pre-determined tolerance. When part of an integrated system, the sensors can also be programmed to trigger extraction/ventilation systems when a pre-set level of carbon dioxide is reached.

To find out more about this range of well-being sensors, give us a call.