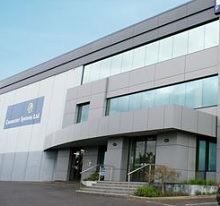 If you’ve driven past Mt Wellington on SH1 to Auckland, you may have noticed this prominent office building. When it was first built in the 1990s, all the latest technologies were installed including a lighting control system. As time has passed however, along with numerous interior upgrades for the offices, it became apparent that the now unsupported eBos control system, was no longer capable of providing for modern office requirements.

Over the Christmas close down period, the existing old eBos control system was removed, and a new C-Bus system was installed.

Linking PIR sensors, daylight sensors, and interfacing with the security system, the project was implemented with minimal inconvenience to the client.

“Native DALI” – What Does It Mean?